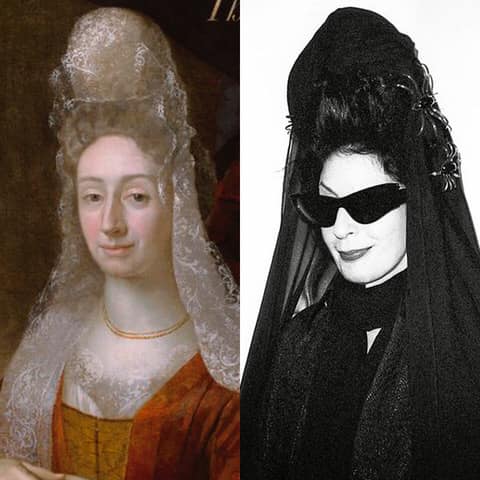 I met Gérard Hervé Polisset in New York in the 80’s during the time we all enjoyed clubs like Area, Danceteria, the Michael Todd room at Palladium, Save the Robots, the Mudd Club etc. etc, it was only recently that I discovered his book Sthlm77 when he posted a photo 1690/2019 placing me next to British printer and controversialist Elinor James (Blankes) portrait by an unknown artist :

That was when I saw the link to his book, I was ready to write the text myself but when I read how well he put it down I think you will be much happier hearing his voice instead of mine…the book is a document of the underground scene in Stockholm in 1977, it happened to be the first punk wave in Sweden and the book features around 60 of Gérard Hervé Polisset’s photos.

The following texts are from the book and from Gérard Hervé Polisset:

“…earlier that evening we had asked a punk if he knew about Andy Warhol, and he answered, “Of course, I know all the dudes who skateboard.” – Anders Grafstrom, February 1978, in a letter to his friend Kent O. Reher.

In 1973, I moved from Paris to Stockholm to study graphic design and photography at Konstfack University College of Arts, Crafts and Design in a one-year special program. When the year was up, my real education began at Ericson & Co., an advertising agency in Gamla Stan. My colleagues were real characters. Getting the job done was all that mattered. We were like a big dysfunctional family without rules or hierarchy. It was the best learning experience and the most enriching time I have ever had. The founder and driving visionary force of the company, Hans Christer “HC” Ericson, taught me everything I know in the trade.

Anders “Graffe” Grafström, from Härnösand, started there almost at the same time as I did. We worked day and night; unwinding at the Operabaren and Restaurant Victoria in Kungsträdgården. Disco was king, but my taste leaned more toward Roxy Music and Rockabilly. Skateboarding had just arrived in Stockholm.

Suddenly in 1977, the punk wave hit Stockholm via London, Paris and New York. When Graffe and I saw punks around town, we thought they looked so young and innocent under their tough exterior. They did not frequent the usual places, but had their own premises and meeting points to protect themselves from the harassing raggare (greasers). After I came back from a trip to Paris, I told Graffe about a trendy magazine named “Facade,” and that if we took portraits of the punks in Stockholm, maybe we could get those pictures published by the magazine. After talking to some punks on the street, we were invited to their private parties. We found it all very exciting, so we both began to take pictures of them—Stockholm’s first punks.

Within a month, we had a collection of portraits and showed them to Lars Hall, the creative head of Hall & Cederqvist, to get his reaction. Lars had just started an impressive photo gallery, Camera Obscura, in the old town. He did not understand what we expected of him and neither did we. “Thank you for showing the pictures, but what do you want from me?” Lars asked. Our interest in the project died out; we moved on to other things; and the pictures were stored in a drawer for the next 30 years.

Shortly thereafter, Graffe and his childhood friend from Härnösand, Kent “Loa” Reher, traveled to the U.S. While in Florida, they both obtained a private pilot’s license. Graffe then moved to New York’s East Village to become a filmmaker. In 1978 he made his first feature film, “The Long Island Four,” with Claus Nomi and other characters from the New York underground scene. This movie is now part of the New York MOMA film department’s collection.

In 1980, I moved to New York City and on March 23 of that year,  Graffe died in a car accident in Mexico. He was 24. Loa found his bliss and became an aerobatic flight instructor, as well as a captain for American Airlines. He died August 27, 1993 in Florida, at 34 years of age. “Shit happens, as they say in Texas,” was one of Loa’s favorite lines. One thing is for sure—life was better and more fun when they were around.

Thirty years later, in 2007, it felt right to revisit that moment in time and place—to find out who and where the people in these portraits were. After I printed some of my photos in a New York lab, I enlisted the help of journalist Håkan Lahger, who was able to locate and interview some of the subjects. I must say that the most interesting part for me was to meet them again.

With its completion, my project has now come full circle. Eric Ericson, the youngest son of my early mentor, HC Ericson, was one of the main motivating forces that brought the project to completion. Without Eric, the book would probably not have seen the light of day. I see this project as a photo documentary about a small, unique group of very brave youngsters who dared to be pioneers before the punk wave became established in Stockholm.

The boy on the back cover Lars Heikkinen,  was the best friend with the girl on the book cover her name was Eva Örum, no one knows if she is alive, she had to change her identity. The following text was written by Lars Heikkinen about his best friend Eva.

“I remember Ewa as a happy and funny girl, always about to burst out laughing. She was a true friend who was there when you needed her. Easy to talk to and never backed out on plans. She was always looking for something meaningful. I know that she had a rough time at home since her rebellion wasn’t considered acceptable. I remember one time she said, “Let’s have a party out at my family’s country house.” Said and done, the whole punk disco gang went out there to party. In the drunken mayhem that followed, the house was practically torn to the ground and nearly burnt down. Miko and the gang hot-wired the neighbor’s car and drove it into a ditch. The police found them wandering along the highway in the cold shock of winter. Asked Ewa what the hell we should do. Ewa shrugged and said, “I don’t give a fuck, we’ll tell them thieves broke in.” Naturally, when she tried to lie to her parents about what happened, they realized that it was her and her friends trashing the place; and there were never any thieves breaking in. All hell broke loose, her parents called around everywhere, even demanding compensation for damages from my folks. Nothing came of it and Ewa was back hanging out downtown next week like always. We were such jerks. Ewa was one of my best friends and had the same kind of home-life as I had, which was relatively safe and secure but with absent parents who were never there in neither times of joy nor pain. Our rebellion wasn’t just about how we looked, it was also a revolt against our parents and the grown-up establishment. Lasse.”

The music journalist Håkan Lahger was commissioned to find the people in the photographs thirty years later, to ask them about their experience from 1977 and why they joined the punk wave. Some were not alive anymore, but most could be reached to tell their stories. Some of them became today’s famous faces in Sweden’s cultural circles. Anders Grafström, Lena Endre and Olle Ljungström are some of the contributors.

This book is dedicated to the memory of my best friend and collaborator, Anders “Graffe” Grafström.