Sweden, along with unique and personalised interviews with many of those punks, thirty years after the event.

To open a window after 30 years is a rare phenomenon, and one to be treasured. These photographs now show a moment in time, a moment of unbounded youth.

Youth, and adolescence in particular, is a finite point in all our lives. It shines quickly and brightly and dwindles just as quickly. But however briefly it shines, in many ways it stays with us for the rest of our lives. What happens to us, or doesn’t happen to us, in those brief years of adolescence, is writ large on our psyche, becomes integral to our character, it follows us through the years of our lives, shaping who we are. We may try at times to change it, to obscure it, to even scour it out of ourselves, but our adolescence is the foundation of who we are, who we will be, that is our future.

To many, Punk started in the UK, and there are many reasons for that – social, economic, political, and more. It is no coincidence that Anarchy in the UK, and God Save the Queen, two enduring anthems of the punk movement, penned by the Sex Pistols, wrapped themselves intimately and enduringly around what it was to be British, to be suffocated by royalty, class, tradition, and privilege.

But punk was never meant to remain British for long. It was not a phenomenon meant to be encased in an island culture, it was meant to be international, and quickly became so. It spread like wildfire at the end of the troubled decade that was the 1970s. The youth of each country, region, city, town embraced punk at one time or another – it was fit for purpose, it needed to be, it was the right time, no other time would do

Punkwasn’t a movement thatslowly dripped into the consciousness of youth, it exploded almost instantaneously – in other words, there was a need, a yearning to have something, something unique, something that was both rebellious and incomprehensible to anyone old enough not to be instantly involved.

Punk was something not shared with adults – the understanding between generations was strained to breaking point, often it did break. There was incomprehension, and the gladness of that incomprehension.

When the Sex Pistols sang about ‘No Future’, they weren’t being poetic, iconic, they were being literal. For huge swathes of working class adolescents around the world, the late 1970s showed no future for them at all. The idealism of the 1960s had quickly fizzled away, and economic stagnation and high unemployment didn’t seem at the time, to be short-term, it seemed enduring. 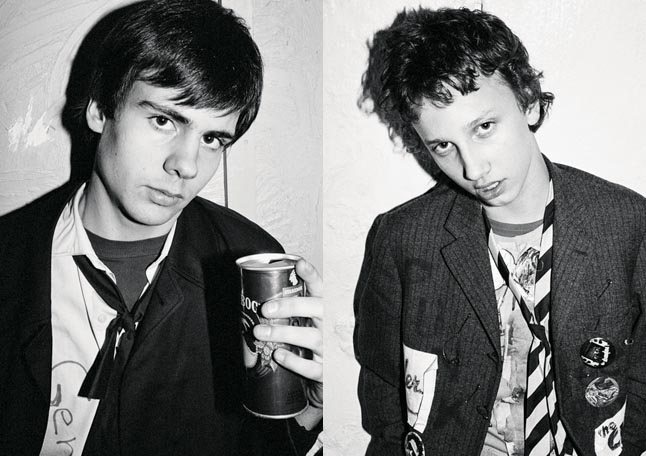 Punk was never just about being a musical movement, a fashion fad – it was much more fundamental than that. It was about a generation displaced, forgotten, told to accept their limitations.

I was 17 in 1977. Punk taught me that no adult had any answers, that the adult world had failed me, and that it wasn’t something that I was keen ever to join. The world to me seemed to have frozen, churning out the old world systems that weren’t working, but that were so ingrained that the world just kept on using them, even though they kept failing so many.

But what punk taught me, and what stayed with me, was that – through its spontaneous bands, its overnight fashion, its photocopied magazines, and art, was that self-creation was credible, that degrees, titles, and money meant nothing if you had a culture of do-it-yourself, innovation, and self-belief. That’s what punk taught me, and it is something I have held with me all my adult life – it is possible.

In this extraordinary book – 30 years have gone by in the seeming blink of an eye. With fascinating personalised interviews from those that were there, those that were photographed back in 1977, their youthful faces peering out of each page, they are a testament to youth, a testament to that moment in time where everything seemed possible, and the future didn’t exist – just the moment.

But of course time does pass by, and the past becomes a reminiscence. However, what is fascinating is how clear the interviews with these punk kids after thirty years are. None of the reminiscences are vague, none are: “I was too out of my head to remember…” “it was too long ago…” “I was somebody else then…” All the reminiscences are acutely remembered, acutely emotionally aware of that moment in time, what it meant to each individual, and how they have built it into their life over the 30 years since those photographs were taken.

This book is much more than a reminiscence about a few punk kids in late 1970s Sweden, more than a musical stop-gap in the history of youth culture. It is about the exhilaration of being young in a world that no longer comprehended what it was to be young, and that is exhilaration in itself, and one that can last a lifetime – if you let it.

By D. John Hopper
Publisher and Editor of Inspirational Magazine

Sthlm77 is a photo documentary capturing a moment of Stockholm’s 1977 punk scene, with follow-up interviews. Texts by Hakan Lahger and Claes Britton. Kind regards to Gerard Polisset for supplying both the book and the high quality photos that are featured in this revue.